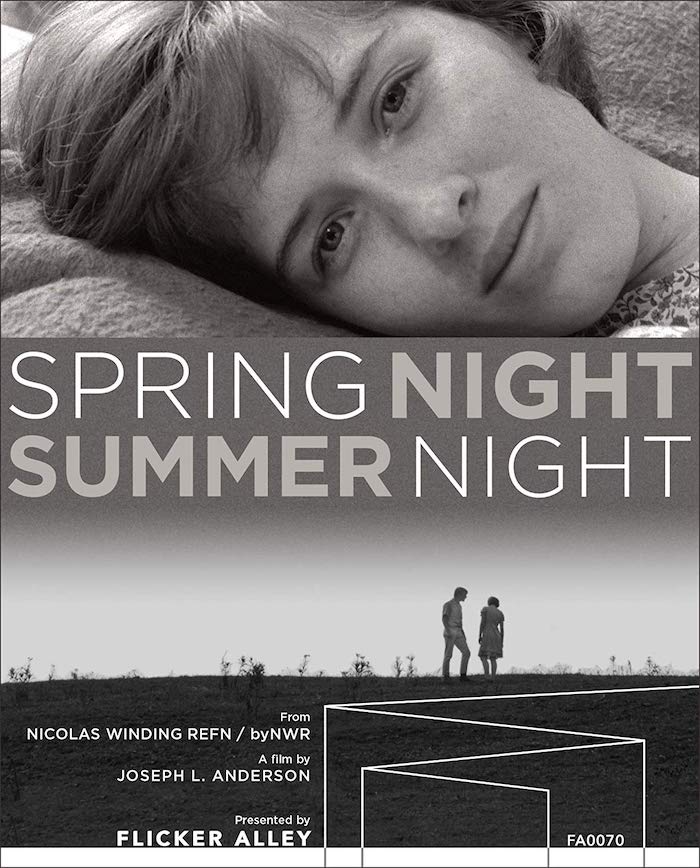 Directed by J.L. Anderson, Spring Night, Summer Night could be summed up in this way: If Cassavetes directed an existential cinema verite hillbilly melodrama written by VC Andrews, it’d look and sound just like this film.

If that seems insulting, it really isn’t meant to be. This film captures the hum-drum life of rural America in a way that few films have been able to capture. It is essentially about two half-siblings who begin an intense love affair. They’re both disillusioned about their lives, wandering aimlessly, not knowing whether to flee or to settle. Added to that, the stigma attached to their relationship weighs heavily upon them. Anderson’s camera follows them from one moment to the next, in the matter of fact fashion of Godard or Henry Jaglom – with many scenes carrying an improvisational tone. In its structure, it is completely unbound by the restraints of a traditional narrative, and in that way, it is refreshingly unpredictable.

The performances from all of the non-professional actors are absolutely incredible – down to earth naturalism at its finest. There isn’t one false note among them. I was captivated throughout.

Originally booted from its world premiere at the New York Film Festival in 1967 – and recut for the grind house circuit – it can now be seen as it was meant to be seen, thanks to this meticulous 4K restoration. It is an awesome discovery. I cannot wait for it to find the audience that it deserves. It is a worthy addition to any collection, and gets my highest recommendation!